It's been a busy start the autumn season in life and on the layout.  But the Onondaga Cutoff is better for the effort, in two major ways.

First, with the help of friend Paul T., I finally made the plunge and updated the layout PC from Windows 8.1, which has been less stable than I liked for years, to Windows 10.  This involved a whole evening of downloading and uploading, installing and failing, then using Google to find solutions to the issues and work through them.  In the end, the computer is working as intended and all applications were seamlessly transferred.  A real test will be the next operating session!

The other major project came about with a design question from Jack on the Island, and our reevaluation pointed us in the direction of some major changes to the back three tracks, to better accommodate locomotive manipulations.  The major goal was to make room to store Amtrak consists at the back end of the yard, and allow new crossover capability so they could leave the yard with equipment ahead on the same track. 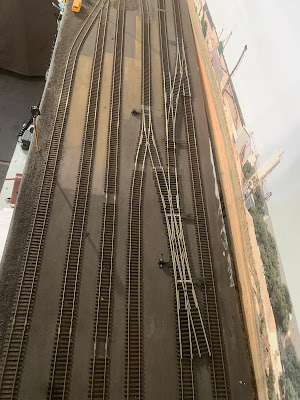 It is always best to test fit components and get a good feel for major changes like this.  We want to envision it, check that twice, then lay it out and measure 4 times.  No kidding!  Re-doing work because of an incorrectly remembered measurement is frustrating and time consuming.  So, I purchased the components first (two #6 turnouts, a #6 double-slip switch, and switch machines) which allowed me to mock up the whole area.  As it turned out the new bumper tracks were too close, so we moved the whole assembly away from the bumpers to ensure proper fit for Amtrak. 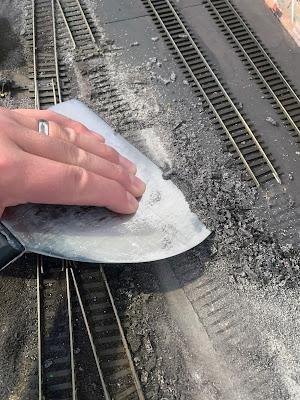 The hardest part of these projects is the demo.  To my frustration I realized I would need to remove about 2 feet of ballasted track, and while that is far less than it could have been, it was still a lot.  Thankfully by moving slowly and steadily with the putty knife, I was able to save all the track that was glued down, even that part that was ballasted. 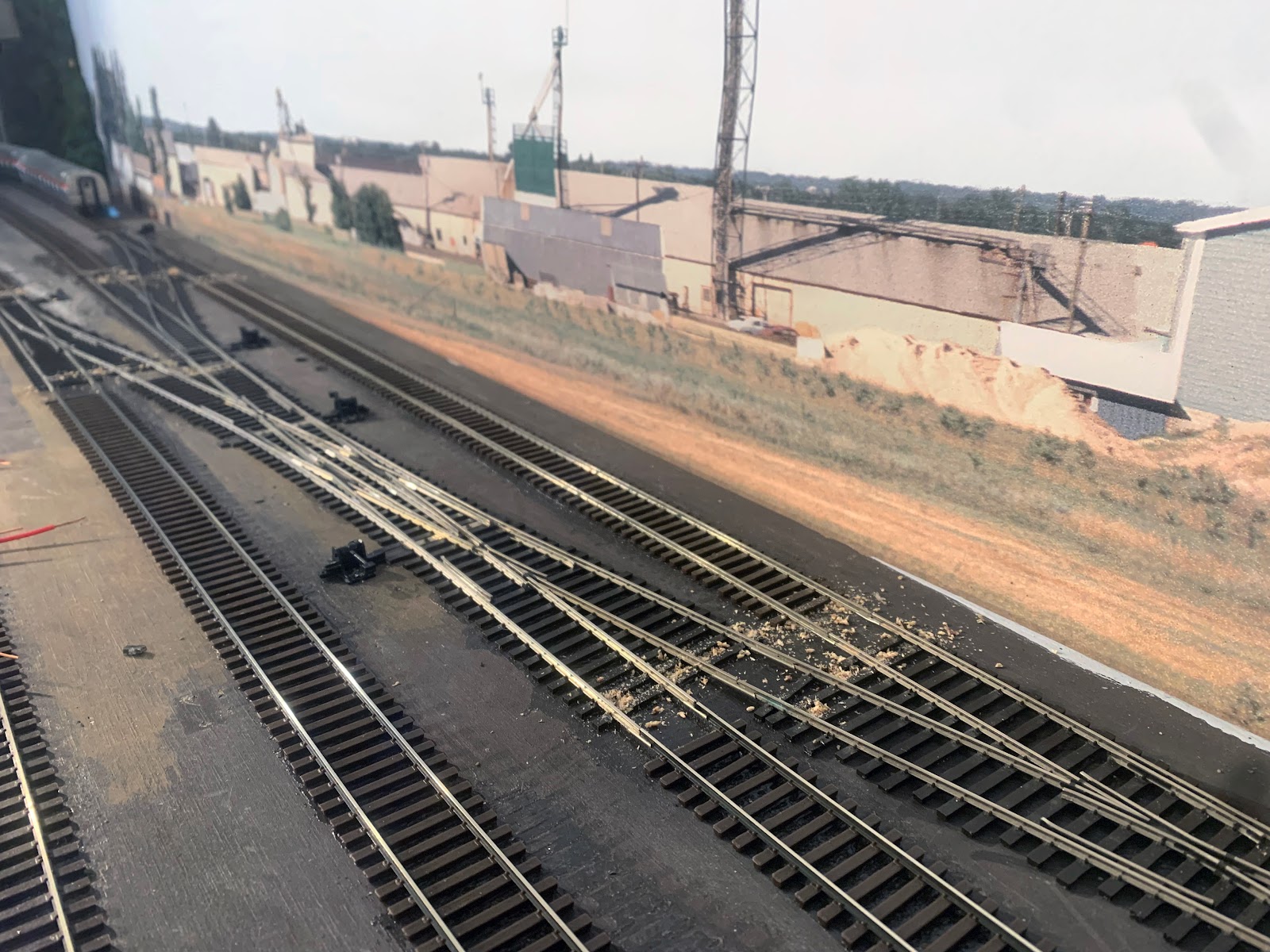 After cleaning up it was time to script out the new track design and make it fit.  Working from the mandatory length of the back tracks I spaced out the new switches to fit and laid that route first, allowing it to cure overnight before starting the next ones.  The next night, I was able to lay the remainder of the yard and weight it for curing.  I installed new feeders and made all the soldier joints with the resistance soldering machine, still one of the best investments for anything larger than a small layout! 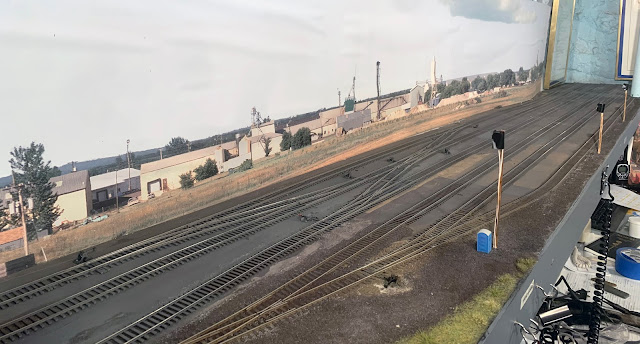 After weathering, we have a great-looking area, and this opens the door finally to making the final scenery here a reality.  This will model a locomotive servicing area including service platforms as per prototype engine yards. 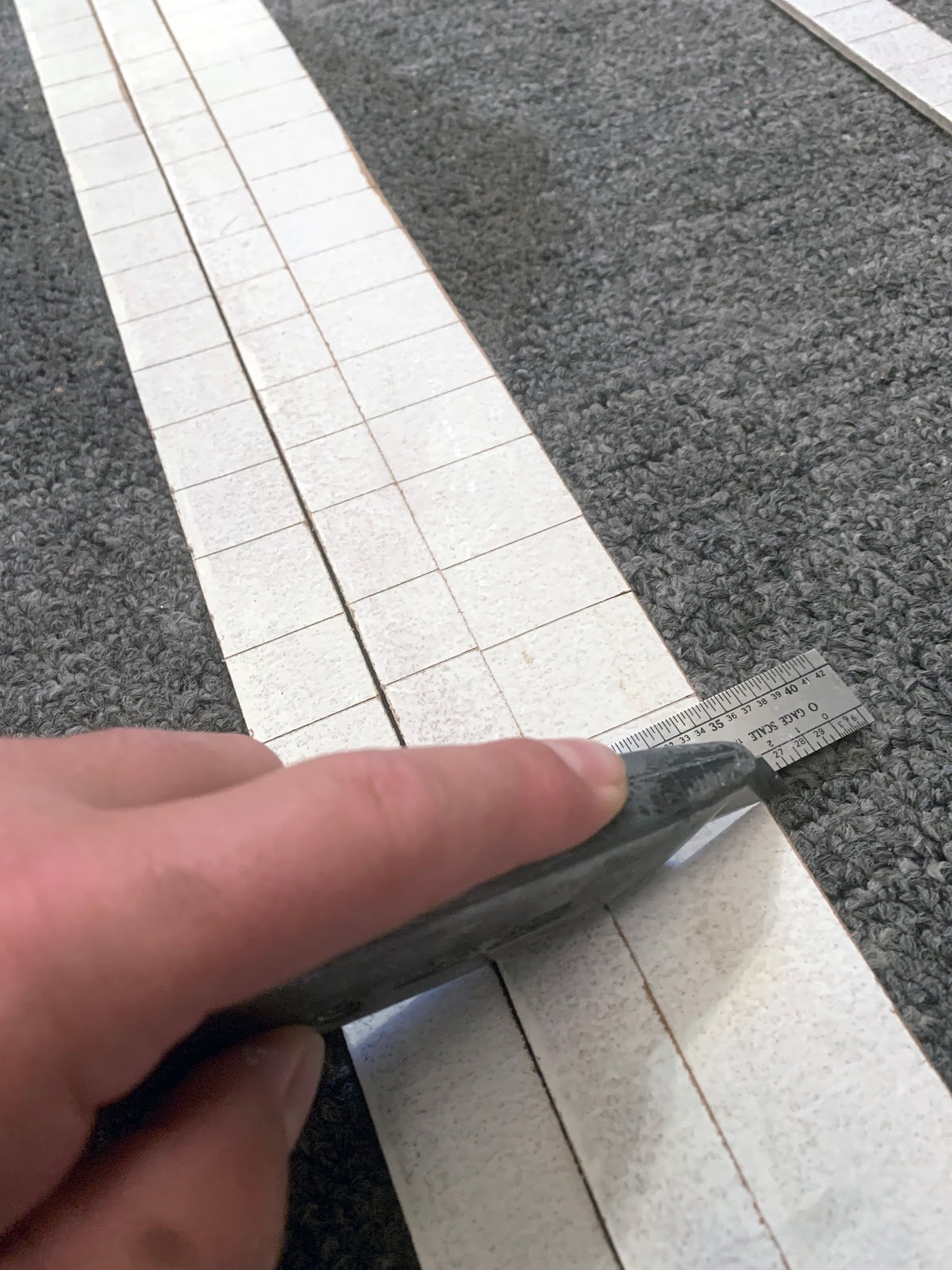 Given the lack of roadbed, I decided to use leftover Masonite hardboard cut into thin strips and scored to suggest concrete.  The height is nearly perfect for a rail-height platform.  I am curious to see how it will handle ballast installation with so much moisture during curing - we will see. 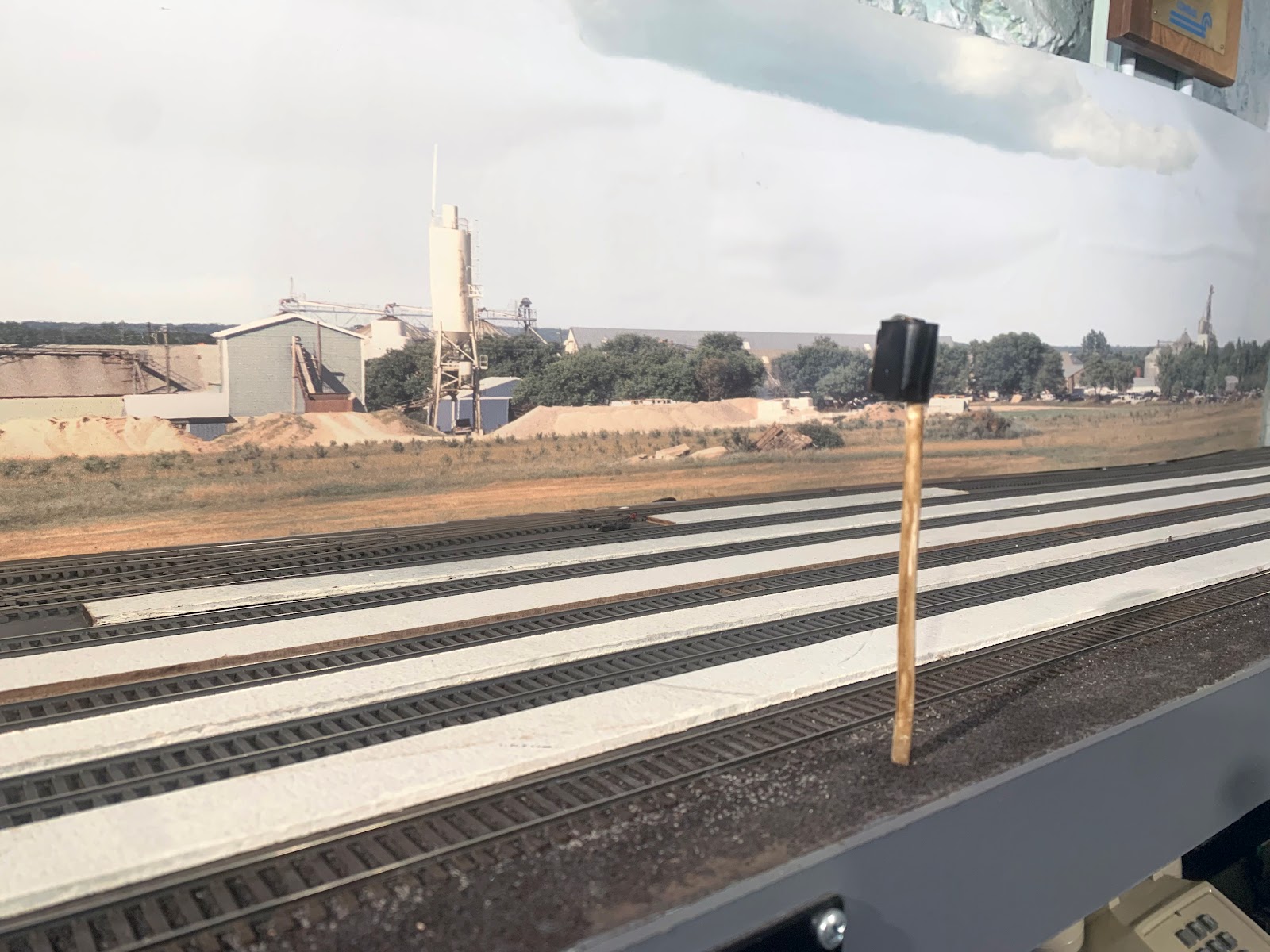 A quick test fit shows the stunning visual change that platforms will have for the Island. 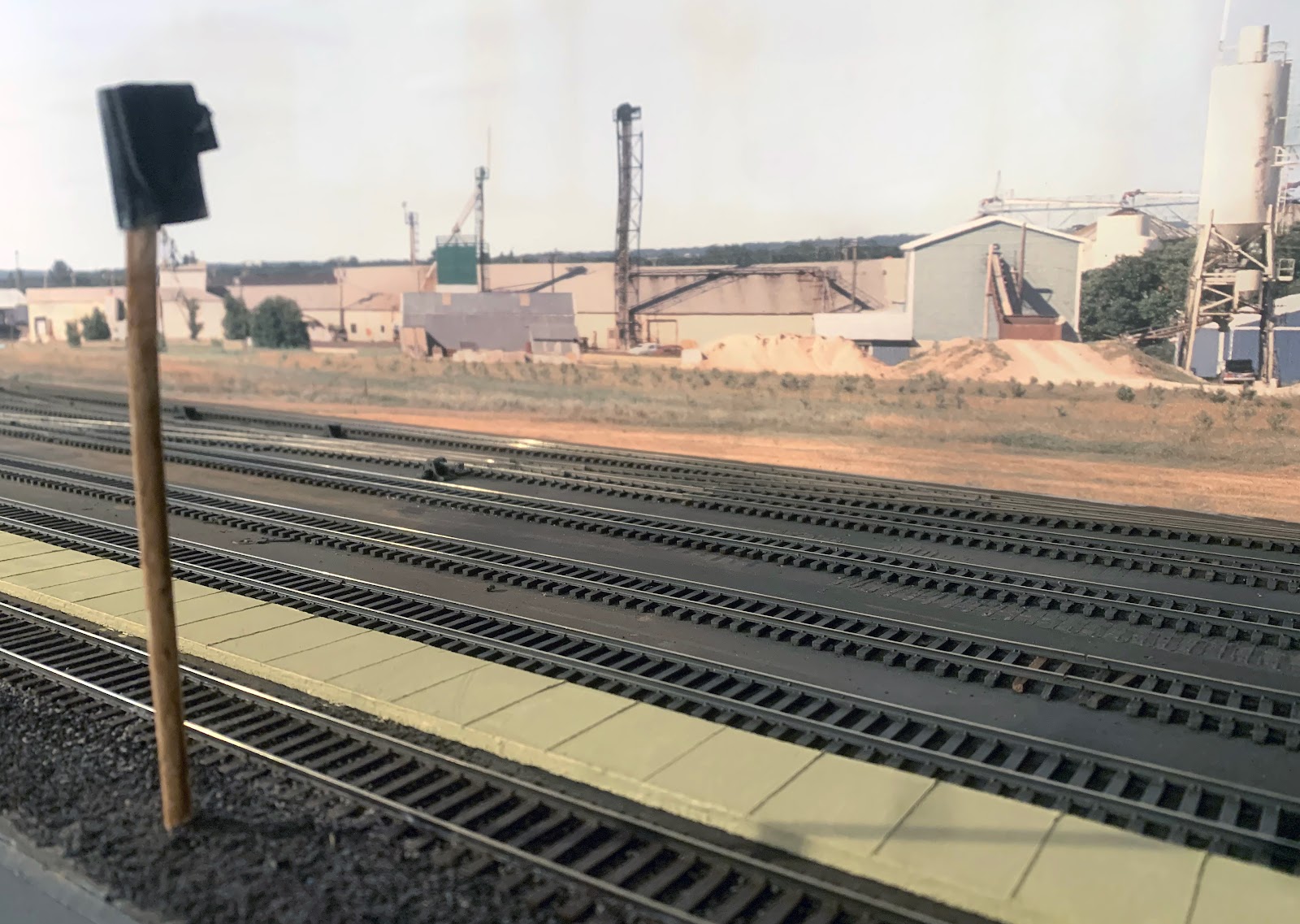 Satisfied with the fit, I found some old house paint that worked perfectly for worn concrete, which will need some weathering to blend in.  I made the rest of them and dropped them into place.

With all platforms temporarily installed we have a really snappy-looking area.  They're not perfect, of course, and look a bit clunky without ballast.  But that will happen in a few days.  Soon we will add a few details - and be ready for service.  The Island is coming to life!
Posted by RGDave at 8:00 PM