A photo for you all:  It’s 4:25 a.m. on September 14, 1994, well before dawn, at CP 277 on Conrail’s Onondaga Cutoff.  The Mohawk Dispatcher has lined TV-8W, an eastbound stack train from Chicago to Worchester, Massachusetts, on Track 2 around WADE-30 (stopped at left) and SEEL, whose headlight is visible in the distance.  TV-8W's approaching headlight illuminates the signal bridge for just a few seconds. 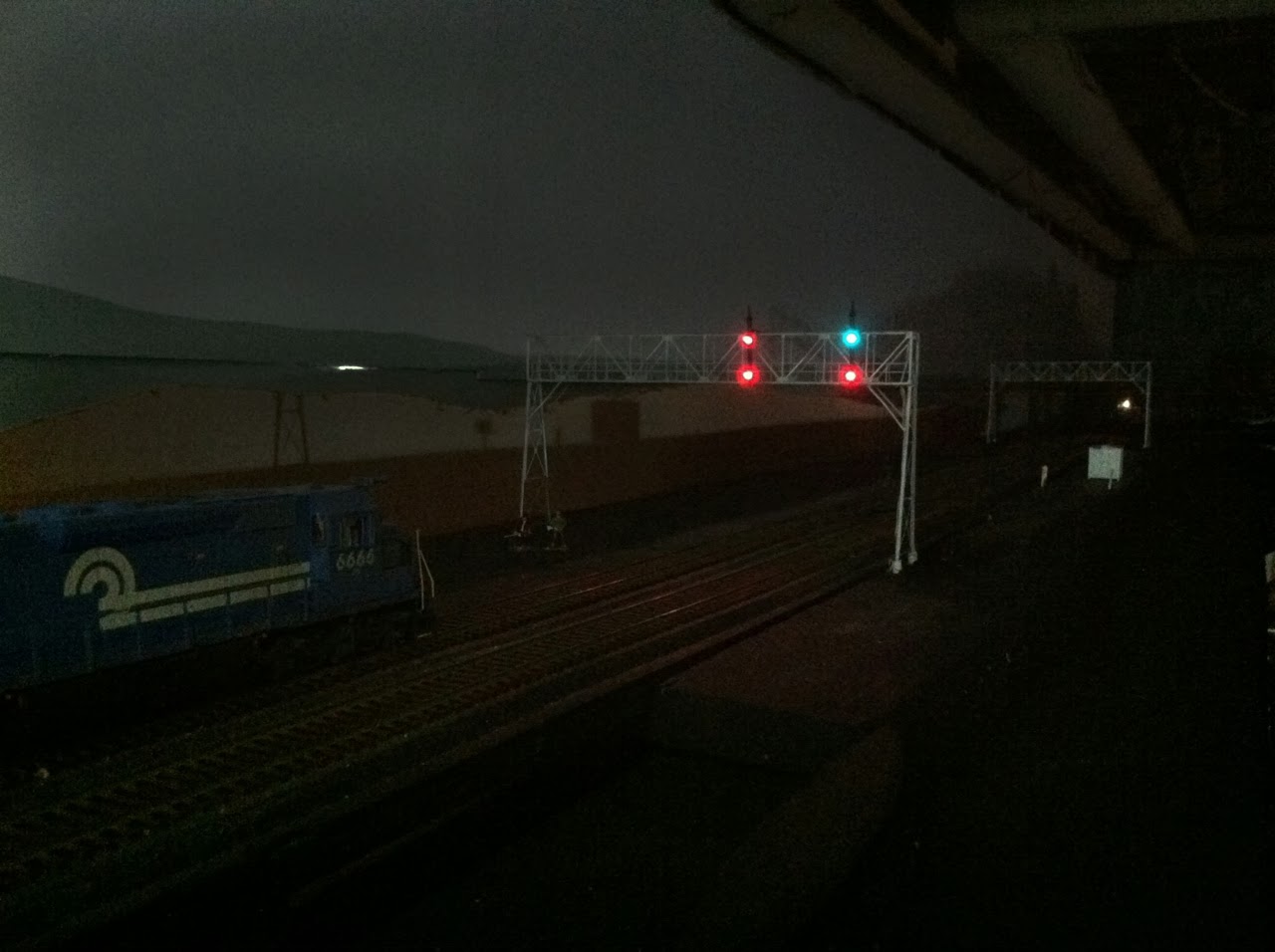 One thing that has surprised me over the course of the development of the Onondaga Cutoff is how much satisfaction I take from hosting an operating session.  In the past, I’ve always enjoyed the building part of the hobby.  Operations was something that came later, largely thanks to my interest in prototype operations, and the steady influence of Jack, my longtime friend and partner in all things railroad.  During the design phase of this layout, it was apparent that this project would be much larger than any I had constructed before, and therefore could be fun with multiple operators.  Still, I generally imagined running trains myself more than I thought about any organized operations.  That changed in a hurry after the tracks were in place and operational!   It was quickly apparent that some sort of organization was needed to avoid chaos.  Paperwork was part of the operation from the beginning, but has taken on a critical role for each session now.  Thanks to the fact that the track design is as prototypical as the space would allow, operations really came very naturally to the layout.

Over the next few blog entries, I plan to present some of the paperwork we use to make it all happen.  Once a month, the Onondaga Cutoff comes to life, and for a few hours, it feels like 1994 all over again.