One thing that helps me though some of the more mundane tasks and production work on the layout, like wiring and switch machine installation, is running some trains.  Slowly, my equipment is being dusted off, tuned up, and added to the active roster.


Athearn, as part of their Genesis line, did a nice version of the Conrail SD70 some years ago.  I have two of them for my fleet, even though they are on the modern side of the period I will be modeling.  Everything you see here is out-of-the-box besides the weathering, coupler lift bar, upgraded plow from Details West, and MU hoses.  Here, 2572 leads a TV24 train near CP277: 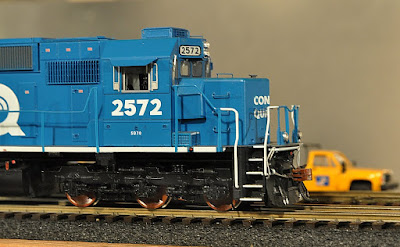 Here's part of his 38-car intermodal train passing at speed above the temporary interlocking panel at CP 277.  The panel will eventually be plexiglas. 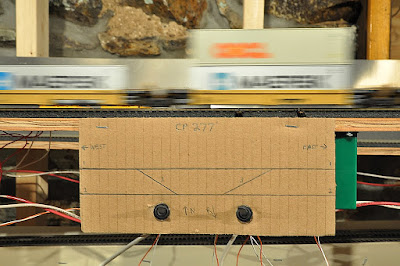 I'm also having a blast running two trains, as mentioned a few posts ago.  Here I have Morristown & Erie #19, an Alco C424, working a local train and being passed by TV24.  The 19 will be one of the mainstays on my shortline. 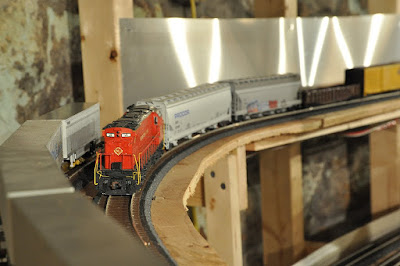 As a side note, our cat, Clarence, is also a big fan of 'guy time' in the basement with the trains.  He's quite a character, very social, and generally gets himself in trouble raiding the garbage at some point during the day, which means he is banished to the basement with me at night :-)  He usually demands some attention from me while I'm fiddling with the layout unless he finds some spider crickets to hunt. 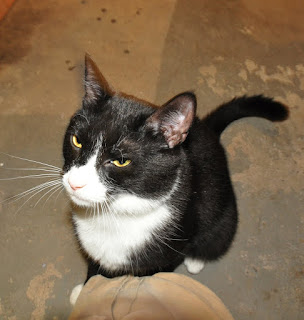 My latest big manifest is running with a recently-upgraded leader and a freight consist that I am labeling INSE (Avon Yard in Indianapolis, IN to Selkirk Yard (near Albany), NY).  Here, the head end has crested the grade at CP282, but is still dragging its 50 cars of manifest over the summit: 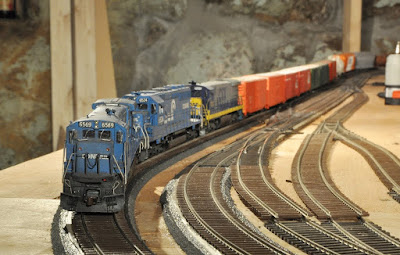 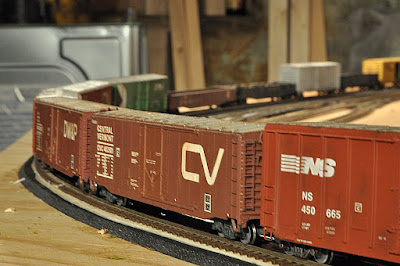 Following the train east, we see it about to enter CP280 at the other end of the yard.  In the background are some loose tracks that will soon be permanently laid.  After some good advice from many of you, I settled on the idea of using a gardening fabric as a base for the yard.  It is 1/8" deep, and tightly woven, which eliminates sound, allows for a lower profile than the mainline, and gives a nice separation between track and plywood.  INSE at CP280: 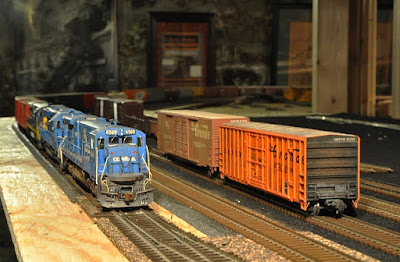 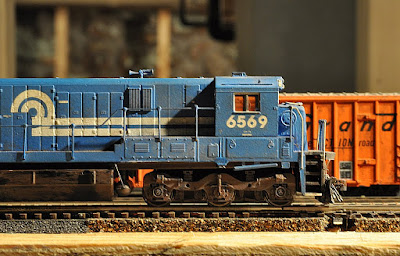 We turn and look east as the head end rolls into the 'rising sun' (and my nice Genesee beer blackboard :-) 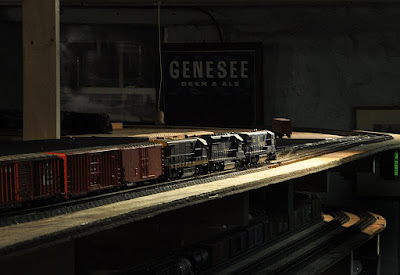 Finally, the units round a curve over towards CP277 as they begin to slide downgrade. 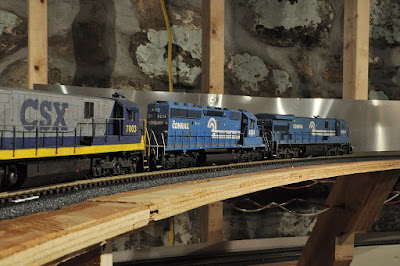 Enjoy!  The next few weeks are busy as summers are, but keep an eye out for updates.  Thanks for reading!
Posted by RGDave at 8:47 AM No comments:

WELL, all, progress on the Onondaga Cutoff is always slower in the summertime, with plenty of other outside activities going on.  This post is overdue but I hope you'll find it informative; there will be another one shortly with some fresh 'action' photos of some of the recent train operations.


First, though, I have been spending any layout time on switch machines and track feeders.  Here is the underside of CP 280, the east end of Onondaga Yard.  Tortoise machines are all installed for the mainline switches on this interlocking.  My design guru, Jack, also worked with me to advise that the switches on the first track in the yard that lead to CP280 will ALSO need to be interlocked, and therefore will need machines.  That's $28 I didn't want to spend, but after thinking about it with Jack, that's the way it needs to be for operation.  The same will go for CP282, so another order for Tortoises will be forthcoming!  Anyway, here's a pic of the recently installed (and not yet wired) machines: 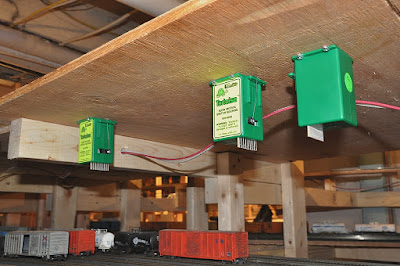 Once those were in, I began to install the machines for CP282, the other end of the yard.  282 is a 6-foot long monster of an interlocking, and so it was inevitable that some of the machine installations would be tight.  One thing that is nice about the Tortoise (can you tell I love these things??) is that it is reversable, so long as you reverse the wiring too.  This was a close call but it works perfectly with the machine turned backwards: 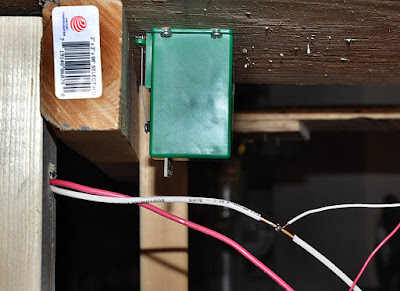 Also visible here are the mainline track bus wires, 12-gauge solid-core copper wire with 16-gauge feeders.  This little feeder setup gets much more complicated - this takes some time, but again, if done right I won't have to worry about stalled trains or 'dead' sections of track.  Here's a crappy, blurry photo of a major feeder junction on the back stretch.  You get the idea.  :-) 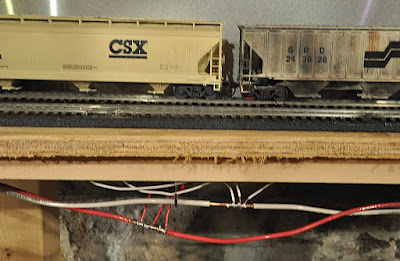 Action photos coming soon!
Posted by RGDave at 7:54 AM No comments: