How We Grow the Hobby

We hear and read a lot of concern about the state of the hobby, and there are loud opinions that it is shrinking.  'As people grow old and pass on, the hobby will disappear.'  'There's no youth in the hobby.'
Well, I disagree.  I think the hobby has always been one that fits a retired lifestyle well, and so has drawn more older people than young for generations, but I also think there is a growing youth population that is interested, too.  The key?  Ask them to come along.
We are fortunate in New Jersey to have a robust group of guys willing to host operating sessions, and several are open to new members on occasion.  Recently my sons approached Jerry Dziedzic and he graciously invited them to join in a regular session.   We began with supper, after which Rich Wisneski suggested we take a group photo. 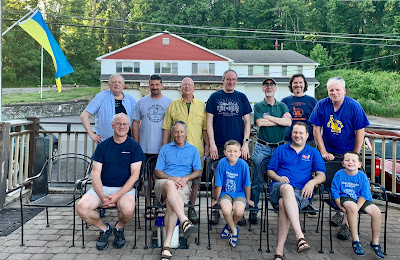 It's such an awesome feeling to see the boys here: this is a group of good men, people I trust and admire, and that they were invited and that they fit in is simply a wonderful thing.  They were excited! 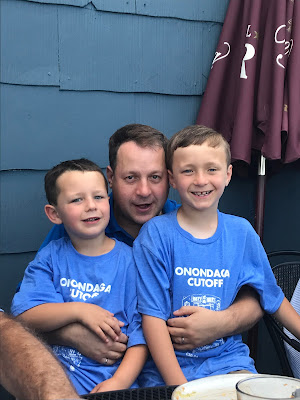 After supper we traveled to Jerry's where the session was ready to start.  Jerry assigned the boys with different operators to allow them the full experience and I am grateful for the patience and hospitality everyone displayed.  Does a new rookie slow things down?  Yes.  But when young people are willing and excited to learn and participate, we have a responsibility to work with them, and coach them along. 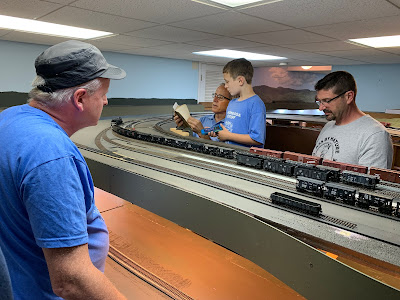 Teddy was assigned to work the Maybrook turn, an L&HR wayfreight.  Here he is working the locomotive in the large zinc mine at Franklin, NJ, under guidance of Jerry as well as Tom Schmieder and Ralph Heiss.
Meanwhile, Pete was working with Al Tillonson and Joe Relation on the NYS&W Hainsburg job, and having a blast: 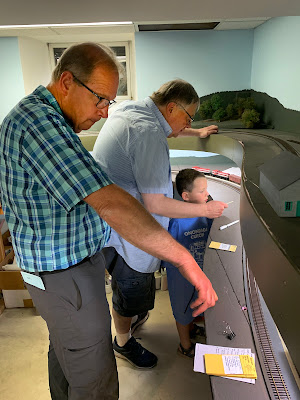 Pete even got a chance to spend some time at Sparta Junction with the tower operator, Jim Schweitzer, and it's easy for Pete - he didn't even need to duck. 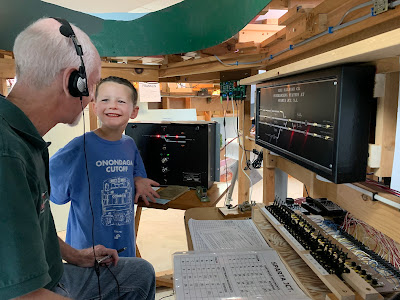 It is people that make the hobby great, and each of us as layout owners can do our part to include young people.  When their excitement grows, they can jump in - and all of this can build a foundation for the future of the hobby.  Thanks to everyone there, and especially Jerry for his hospitality.  The boys are going to remember this one for a long, long time!

One of the tricky parts of the illusion of modeling railroading is the need to model mostly plain, common equipment.  Exceptions should be just that: not all the time.  Many modelers will tell you that you need more plain freight cars than brightly colored ones, and that most of your locomotives should be run-of-the-mill daily workhorses.

Well, right - except in some cases, the prototype had an incredible variety, and there really was an amazing diversity you could see in the operations.  The case in point here is the Chicago Line, the prototype for the Onondaga Cutoff.  In the Conrail era and especially into the 1990's, it was a busy railroad with much of the traffic coming from interchange in the Chicago or St. Louis areas and headed to Selkirk for forwarding to the New York metro area, or to New England.  A quick internet search at www.rrpicturearchives.net gives us a number of examples that appear rather incredible. 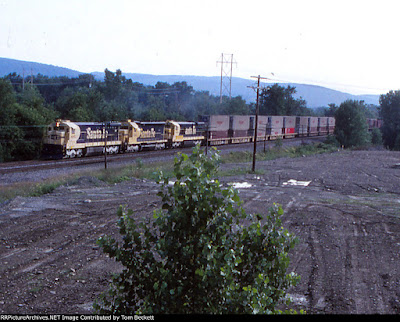 In this Tom Beckett photo, Conrail train TV200X rolls east through New York State behind three Santa Fe locomotives: two C30-7's bracketing an SD45.  Solid lashups from foreign railroads were rare in most places in North America, but on the Chicago Line, you could see anything. 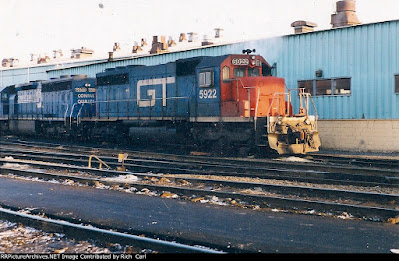 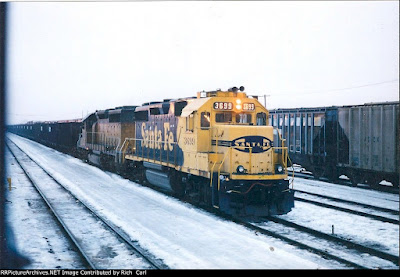 On a different day Rich saw this coal train on Conrail at Selkirk with a Santa Fe GP39-2 and a Union Pacific SD40-2. 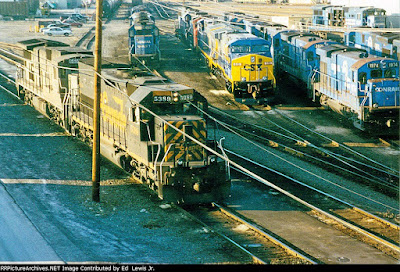 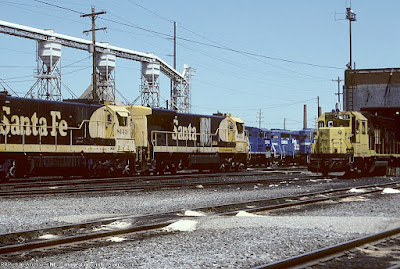 Collinwood Yard in Cleveland, OH hosted an amazing variety of power in this 1993 photo by Alan Gaines.  The Santa Fe C30-7's and P&LE GP38 are awesome, but so is the shop switcher in the background - a Conrail GP30, moving a brand new SD60M around the shops.  Wow!

And we have two more Tom Beckett images to finish it off, both from 'Bens Bridge' in Selkirk in January 1994, showing locomotives from no less than 6 railroads in one view above and a closer zoom below.  The variety is almost absurd and would be criticized on a model railroad as a fantasy.
Well, nope.  Not a fantasy.  Just another day at Selkirk, actually. 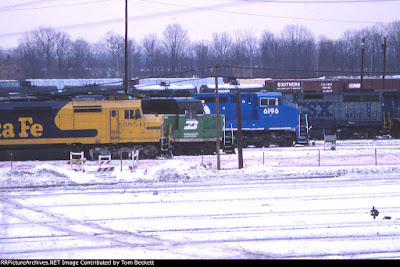 This was railroading in the 1990's on the Chicago Line.  Leaders from nearly any big railroad in North America were possible, and some even near-daily common.  They mixed freely with locomotives from Conrail, who owned the route and ran the trains, but the variety really was special.  This is part of the magic of the Chicago Line, and what we work to capture on the Onondaga Cutoff.
Yep, it really was that cool!
Posted by RGDave at 8:50 PM 2 comments: