A rumor no more - here's the video that resulted from the June 4 Rapido Trains Inc. visit to the Onondaga Cutoff!

This sure was fun to make, and it's an honor to have had Jason, Dan, and Janet spend an afternoon with me at the layout.  Thanks, guys!

On Tuesday June 4, we were honored to host a visit from Rapido Trains Inc., one of the top manufacturers of model railroad equipment!

When Rapido had announced their production runs of the GE B36-7, a locomotive that Conrail employed extensively across the Chicago Line, I had reached out to Bill Schneider while attending the Mid-Atlantic RPM meet outside Baltimore, MD last year and offered the OC as a layout on which to film their new models.   Rapido has a series of good (and funny) videos for most of their new product releases and the Conrail B36-7's would look quite at home!

One of their project managers reached out, and after some discussion it worked out that they were able to make the trip in conjunction with another trip. 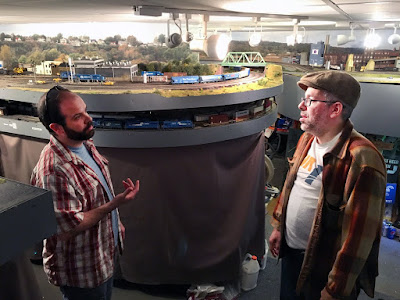 What a hoot to see Jason, Dan and Janet from Rapido Trains at the Onondaga Cutoff!  These are good and friendly people that are moving the hobby forward, and it's exciting to spend time with them.  We ran a few trains and may have done some video shooting, too - perhaps there will be a Rapido video sometime in the future featuring the Onondaga Cutoff.... 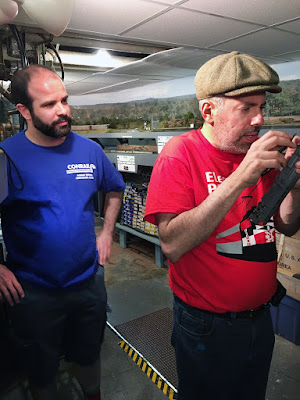 Dan looks great in his new shirt, don't you think?   After the visit wrapped up, we took the drive north through the hills of New Jersey so that Jason and Dan could see Tony Koester's Nickel Plate Road layout for the first time. 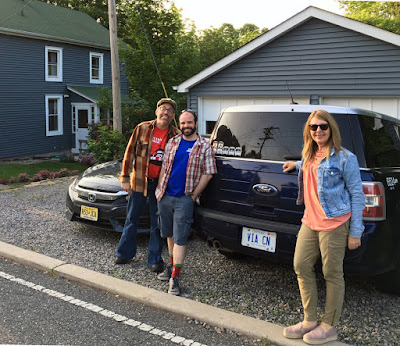 Jason had met Tony years ago but this was a fun chance to spend time together, and operating or spending time looking at Tony's layout is always a treat.  Tony graciously hosted us for a tour of his railroad, and we may also have done a video shot or two there.... 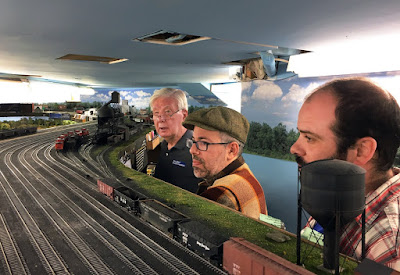 It was a late night early in the week, so this post is getting updated later than usual - but the late night was worth every minute to be with some of the leaders of the hobby, and people I've looked up to for some time.   I'm thankful it came together!