Some Video of the Latest Operating Session

Just a quick post tonight to share a few impromptu videos from a recent operating session - these capture a slice of the experience we have every month or two when on an evening, 8 to 12 model railroad operators converge on the Onondaga Cutoff and run it like a railroad.

Here, SEBU is finishing a setout and pickup at Onondaga Yard and is shoving back to put their train back together while TV-7, a fast Boston-to-Chicago piggyback train, comes around him on Track 2.

We take it seriously enough to keep things organized, but the point is and will continue to be having fun, while trying hard to capture the experience of mainline railroading using actual schedules, scale models, and Conrail and NORAC operating rules.  Here, train BRSE from Chicago to Selkirk comes east through CP282, passing the signal crews who are out removing the old manual signals in the interlocking.  The train is led by a pair of run-through locomotives borrowed from the AT&SF Railway.


Excuse the poor quality of the videos - I think the sound and sight of the experience is worth sharing!

Scenery is the last big frontier for the Onondaga Cutoff.  While there are some expansions planned here and there, most of the trackwork is complete, and we have worked the bugs out of it.  The CTC signal system is functionally complete although we are tweaking it here and there.  As these major initiatives wind down to basic maintenance, it is - finally - time to put some serious thought and effort into permanent scenery.  This will include not only trees and landforms but also structures and, eventually, people.

Recently I ripped out the temporary foam surface along the M&E at Skaneateles Creek, replacing it with a first stab at modeling rock faces and the edge of the forest.  I need to work on blending the 3-dimensional scenery into the 2-dimensional backdrop, but when viewed along the tracks, this is a marked improvement to bare plywood and pink foam 'cliffs' - the lighting reminds me of humid summer afternoons along the tracks: 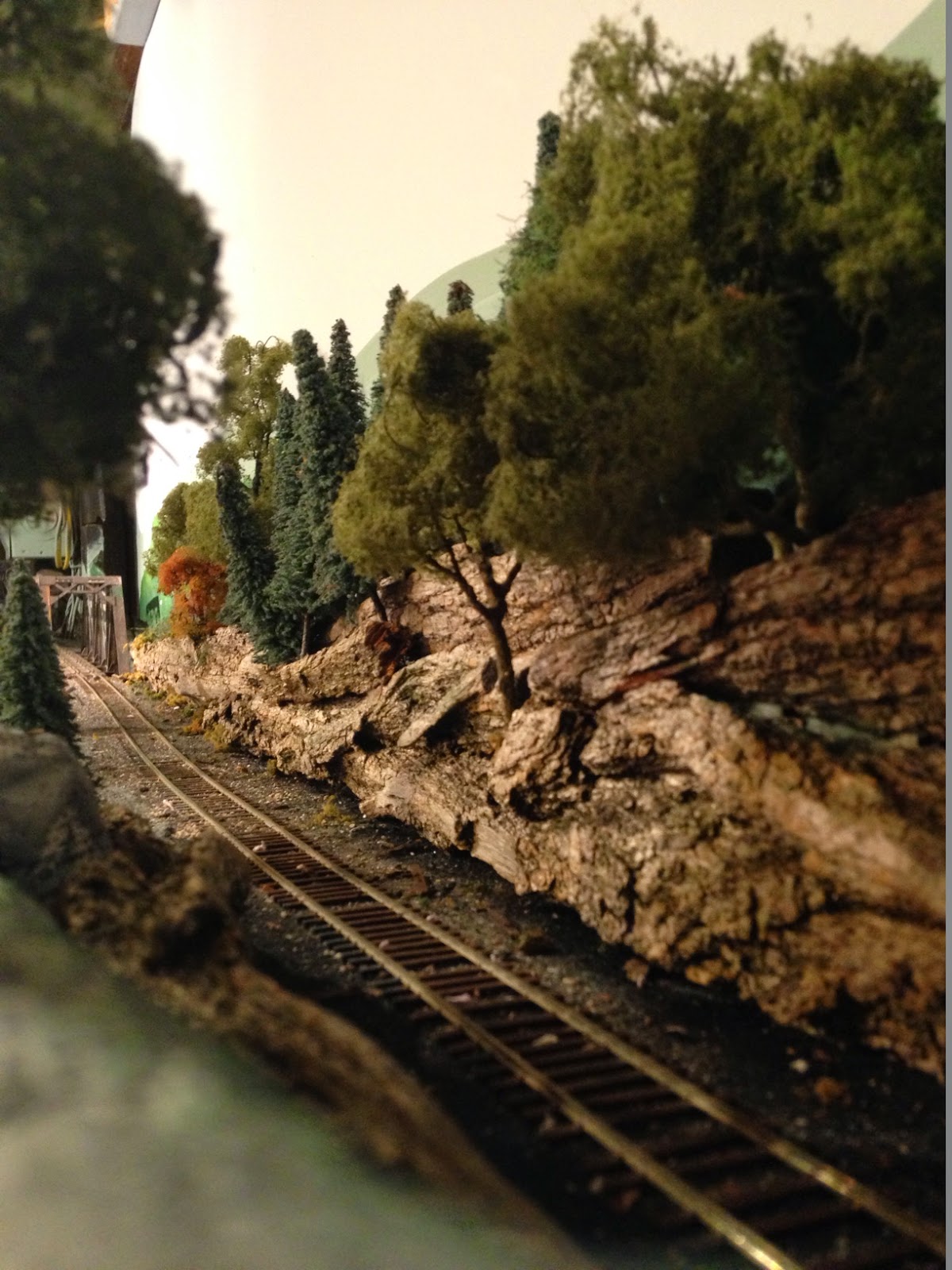 Modeling Central New York terrain and rocks means finding a way to represent the undulating, sedimentary rock that is so prevalent in that area of the country.  Once that is glued in place, we go back and add ground foam and trees to represent a forest.  The M&E wanders through the woods between Euclid and Onondaga, and I hope that operators can feel like they are in the woods with it! 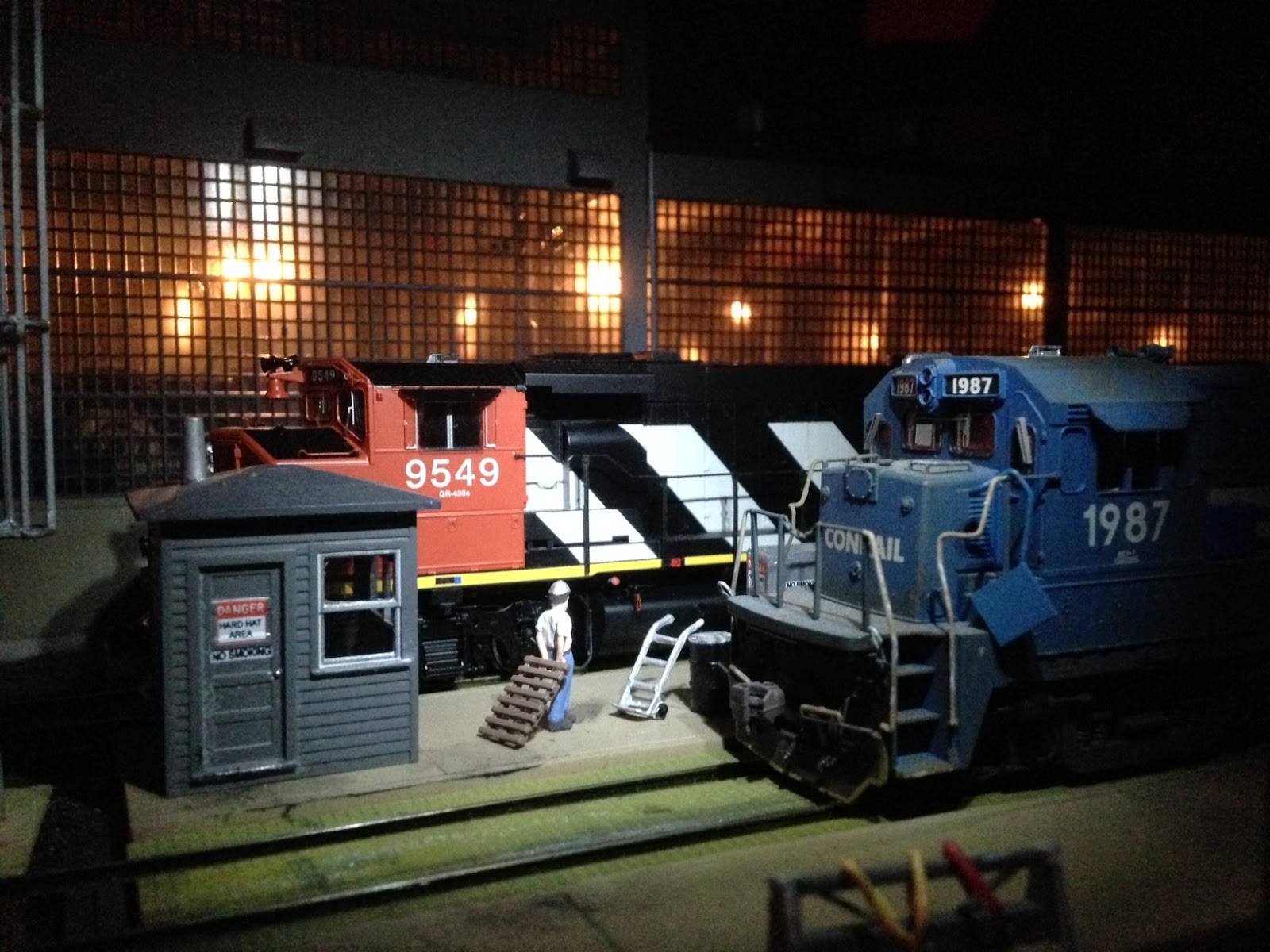 There's some exciting features being added to the signal system, too - namely, modeling the approach-lit signals so common throughout the Chicago Line.  These signals are only lit when a train is in the block facing the signal, so as to save power and light-bulb life.  Thanks to the CATS software, we can add this feature to the hardware already installed with some LOGIX computer programming that runs on top of JMRI and CATS during an operating session.  More on this soon!