On January 14, a Monday evening, I installed the thirty-third block detector on the railroad.  Upon testing its functionality, I had finished the installation of blocks and block detection - the foundation upon which the signal system will be built.  It was a nine-month program to install all the detectors around the layout, along with several months of planning before I got started.  As it happened, both Kristen and Susie walked downstairs to say hello, and so the whole family was present for the moment! 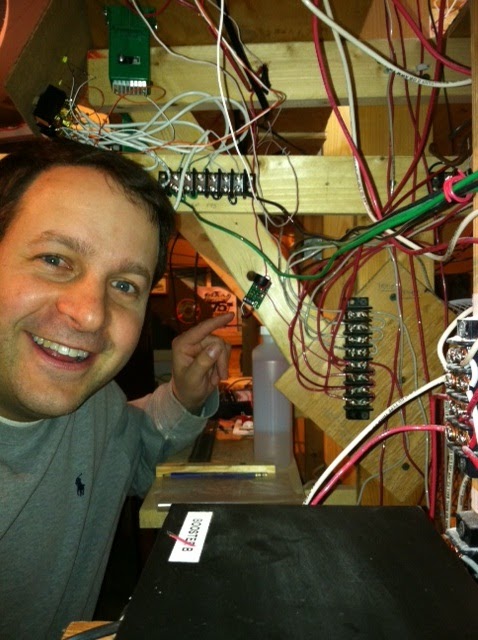 This is just the first part of the signal installation project on the railroad, but it's a significant one - involving the rewiring of the power bus on one of the main tracks and several of the controlled yard tracks, and all associated feeders.  I'm thankful to be done with cutting into existing wiring!  Next up is wiring each BD20 block detector to the DCC system, via a separate card that is linked to the command bus.  Once that's completed, we move to interlockings - installing the final local displays and the stationary decoders that drive the switch machines and signal heads. 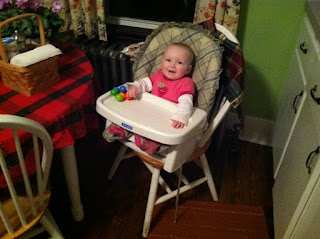 So, as Susie turned 6 months old, I also was able to get through the detection process.  Monday night was a night that I could stand back for a moment and reflect on completing a major part of the remaining work on the Onondaga Cutoff.

Modeling Central New York means that the Onondaga Cutoff needs some snowfighting equipment on the railroad year-round.  Just as Conrail based a host of plows, spreaders, and snowblowers at Dewitt Yard, there would also have been a few plows and such based in Onondaga Yard.﻿ 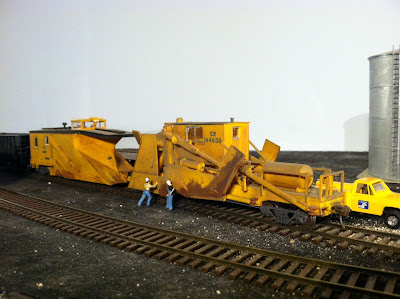 Here, we see an older-model Jordan Spreader and a Russell Plow, both of which are getting a once-over by mechanical forces.  Even though I will likely not model deep snow on the railroad, it is interesting to have the plows displayed, and even to operate them on days when the prototype would.  I have an additional Russell plow kit that has yet to be built, and I also have a beautiful Overland Models modern Jordan Spreader that needs paint and finishing.  All yet to come on the OC.

Further, I have finished block detection now within CP 282, and all that remains is 8 more blocks down the hill to CP294 and 295 - slowly but surely, we're getting there with the signal system!