This the time of the year that the days get a bit shorter, and a familiar and welcome chill is present in the air overnight.  I have always found autumn full of promise and splendor, a recalibration from summertime and it's interesting to see how that changes as a parent and manager at work. In the wake of the pandemic most activities have resumed and the schedule is full, very full, of nearly all good things.  Momentum is building for the month of October which is one of the busiest on the calendar in years.

I used some of that energy to focus on smaller, achievable projects on the layout, squeezed into a few hours here and there leading up to a guest operating session back on September 17.  In contrast to the bridge deck earlier this month, these were smaller scenes but added a lot of visual improvement.

The first one was one the kids wanted to help with over at Island Yard - just some ballast and some foreground static grass, but a huge change to the brown paint that was there for the last few years. 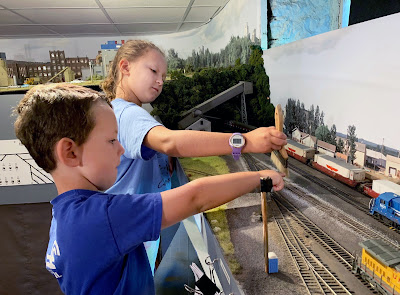 One of the best parts of this one is it's a small area, but a neat new place to take photos. 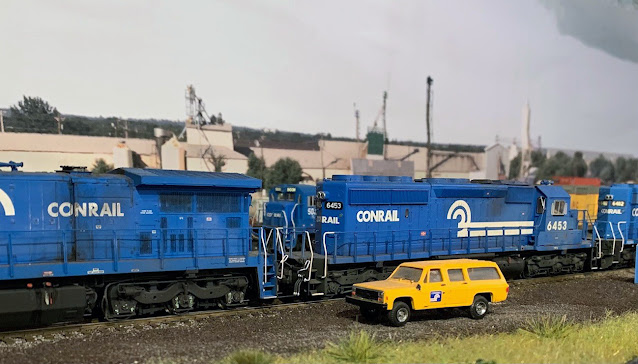 Another quick hit was needed up on the M&E at the Crucible Chemical switch.  That siding was in place for years with just a few tacks holding it down while I waited to decide how it should look.  With the deadline approaching for the session, I made a few decisions, and to my eye it came out nicely. 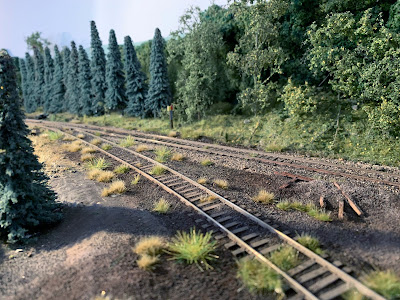 I even added a working derail to the siding from the Alexander Models kit, which worked better than I thought it would and adds a neat aspect to switching for the M&E jobs.  Ballast and weeds finished the job. 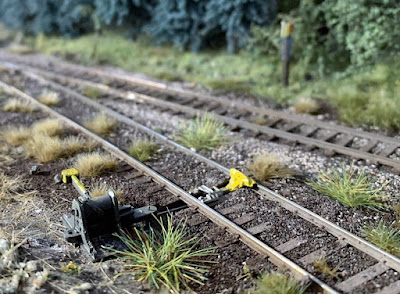 Also, given the remnants of Hurricane Ida as well as three other storms that in total dumped nearly a foot of rain in August and early September, I have been dealing with more water in the basement than usual.  It is designed to drain out and we had no floods per se, but three separate times I had to pull up the floor tiles and set up fans to dry things out. 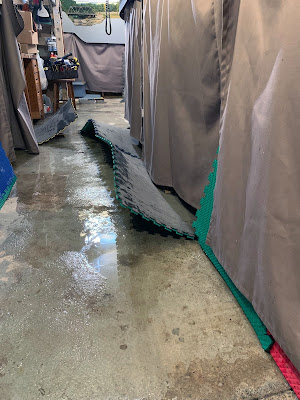 All in all, though, we are in great shape.  The layout is poised for some serious improvement over the next few months - lots as always to look forward to and be excited about.  And so the other thing that is building momentum is my gratitude for my wife and kids, whose patience allows so much of this to become reality and whose support makes it all fun!
Posted by RGDave at 7:50 PM