From West to East

Building upon the early November 2018 trip to San Diego, CA to operate the LaMesa Club's Tehachapi Pass layout, we took a scenic route back to the airport and made time to railfan Cajon Pass in the morning and Tehachapi Pass in the afternoon.  Our first stop was 'Hill 582', a well-known mecca for train watching in Southern California.  On the west side of Cajon Pass, BNSF and UP trains from the east descend steep winding grades into the LA basin, with a backdrop of deserts and mountains. 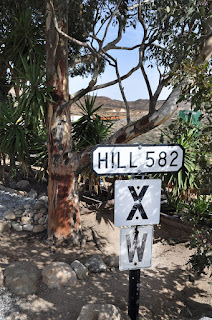 It's a great vista for trains in both directions from both railroads!  BNSF Eastbound stacks on the former ATSF/UP line, beneath the watch of 10,064 foot Mount Baldy and the San Gabriel Mountains to the north and west: 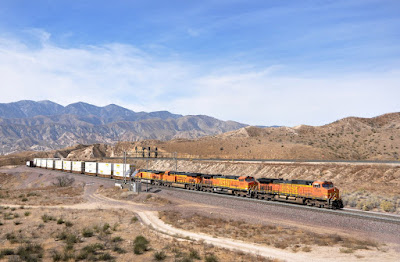 Then some UP westbounds, up on the former SP "Palmdale Cutoff": 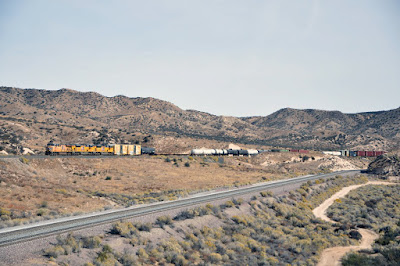 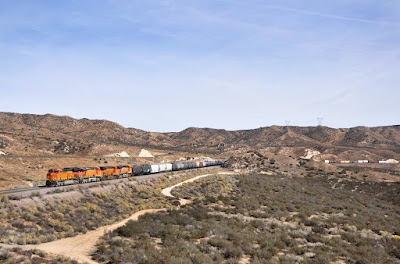 It doesn't take long to see trains here, even on a Monday:  the pass can see more than 100 trains daily on three routes owned by UP and BNSF.  It's a great show.

Then, up to Tehachapi.  One of the most magical places to watch trains, and my favorite in the world, so far.  We narrowly missed an eastbound BNSF manifest at Caliente and Bealville, so rushed back uphill to see him cross over his tail headed up Tehachapi Loop: 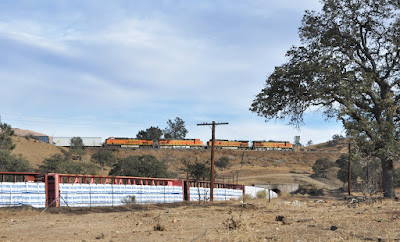 He took the siding at Walong/Marcel to meet a westbound UP manifest that we chased until sundown.  First, afternoon light at Marcel: 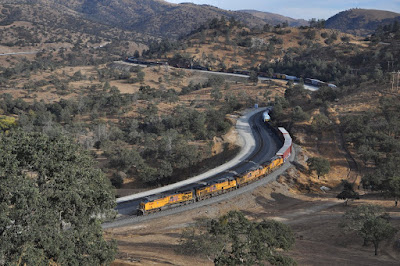 Late afternoon at the Loop: 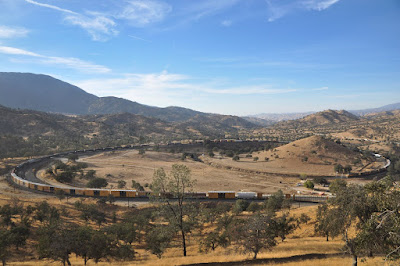 Downgrade at Allard in the horseshoe curve.  Check out the golden light on the golden wildgrass..."The Golden State" indeed! 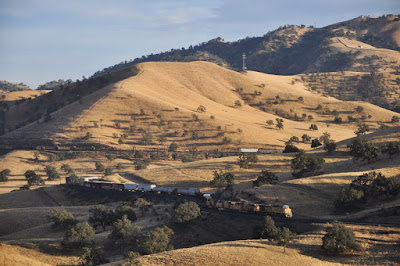 One surprise was to see a handful of boxcars lying on their side in the tight curve west of Tunnel 2.  WOW - stuff like that makes you realize how dangerous trains still are.  Trespassing is illegal for a reason!   Sometimes the dramatic shots are trackside, and even when legal, if you'd happened to be there for this event... 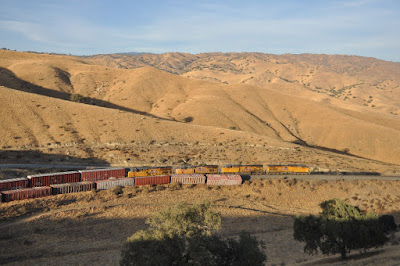 I think one of the things that has captivated me about the American West since my youth has been the vastness of it all, and the perspective of loneliness and absolutism that it conveys. I have explored parts of every Western state with the exception of South Dakota (on my list), and I love parts of all of them.  Out here you really can be ALONE - as in hundreds of miles from anyone else - after just a short drive.  The vastness of the scenes and territory dwarfs human ambition more often than not.  If you are out there and you make a mistake, take a fall, run out of gas, etc, you are in real trouble.  Not 'first world trouble' but actual, real trouble.   I love that accountability.  Even railroads, larger than life in so many ways and especially so in the East, out here are just threads of transportation across an incredible landscape.  The men and women that work them need to be prepared for the territory.

Our train curved out the mountains at Caliente and Ilmon, and headed west. One fascinating part of this is that each of the locations above is faithfully reproduced in HO scale at the LaMesa Club, to the point of being able to recognize specific bluffs and ditches along the scene.  It is spectacular modeling, and an equally spectacular operation.

A favorite activity trackside has always been to pace trains, and the stretch of high-speed mainline between Bakersfield CA and the foot of the big grades is a perfect example.  Here our manifest is quickly up to 60 MPH, rolling into the setting sun towards a crew change at Bakersfield.  The foothills of the Sierra Nevada range, north of Tehachapi Pass, line the horizon some 10 miles distant. 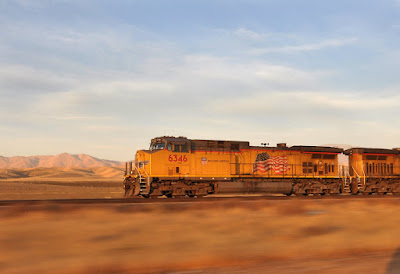 The trip was coming to a close, and so was this amazing day of watching trains in Southern California.   The smokey and golden sunset backlights our manifest as a green block signal calls the crew home to Bakersfield. 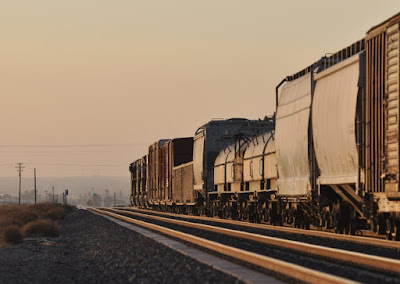 An amazing month of November continues in the next installment, which I need to squeeze in before December begins.