On the layout, that is.  What did you expect?

As we continue with the 'atmosphere improvement' process on the Onondaga Cutoff, I am happy to say that all the custom skirting for the layout has been completed and delivered to the layout space.  When I have a few minutes, I am hanging the pipe system to support the skirting as we saw recently and then installing the fabric itself. 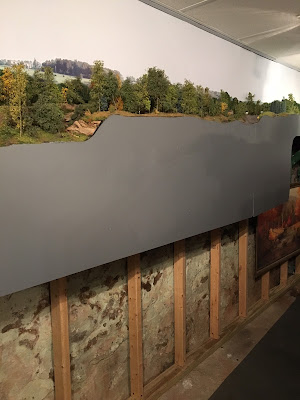 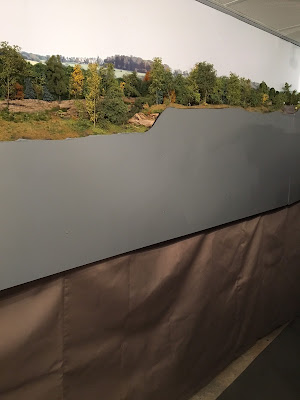 As expected, it's a major change in appearance!   With scenery more or less complete now over the M&E and over the main line from CP282 all the way to the 278 automatic signals near the dairy farm scene, my goal for this part of the effort is to have all the curtains hung over that area before the end of August.

In other news, several newly-weathered freight cars were delivered by Lenny last week, in exchange for a decoder and sound installation on one of his diesels. 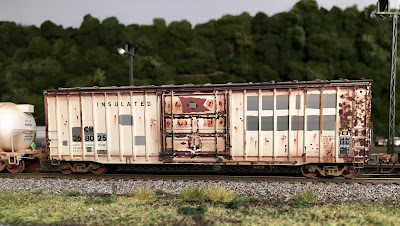 Also, I am making some upgrades to several switch control assemblies in the Island Yard, the locomotive facility that serves to turn power at the east and west end of the run.  This panel requires quite a bit of re-wiring as part of the move but will be a major upgrade in appearance and functionality.

It's hard to believe it is mid-July already.  I have been spending lots of time with the family: 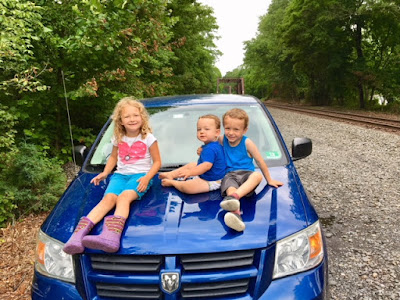 Summer always seems to fly by.  There are plenty of jobs to keep me busy outdoors but the railroad is always calling in the evening, after kid bedtime!  Progress will continue and you'll see it here.